“The Major Tech Executives Are the De Facto Arbiters of the Law!”

“The Major Tech Executives Are the De Facto Arbiters of the Law!”

Dr. David Magerman (52) is a co-founder and managing partner at Differential Ventures. Until 2017, the computer scientist was one of around one hundred partners of the 75 billion US dollar hedge fund of Renaissance Technologies. He lost his job because of his public criticism of the then CEO and multi-billionaire Robert Mercer. The accusation: Mercer had significantly co-financed Donald Trump’s election campaign and ensured that Kellyanne Conway and Steve Bannon got their influential posts as advisors to the US president. Sven Lilienström, founder of the Faces of Democracy initiative, spoke with Dr. David Magerman about democracy, human behavioral data and campaign financing in the USA. 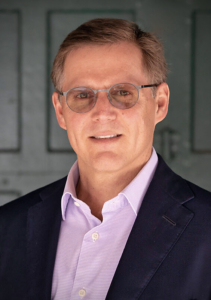 Dr. Magerman, the Faces of Democracy initiative wants to support a better understanding of democracy around the world. How significant are democracy and democratic values to you personally?

David Magerman: The rule of law and adherence to a country’s constitution are critical to a stable society. Today, in the United States and most European countries, government constitutions presume democracy as a form of government and are predicated on democratic values.

Without democracy, I don’t believe practitioners of minority religions are safe!

For me personally, I believe that the democratic system promised by the United States Constitution, and the rule of law that enforces it, is the main reason why Jews like myself are able to practice my religion freely. Without democracy, I don’t believe practitioners of minority religions are safe, and freedom of religious practice is very important to me.

One of your closest mentors was Robert Mercer, who spent 16 Million Dollar to help Donald Trump get elected in 2016. To what extent did and do billionaires influence election campaigns in the USA?

David Magerman: Thanks to the 2010 Citizens United ruling by the Supreme Court, there are no real campaign finance limitations. And thanks to the impact of disinformation from information technology and social media, money buys opinion and sentiment, and ultimately money buys votes.

As long as the Citizens United ruling is the law of the land, there will never be another fair election in the United States.

Billionaires have enough money to influence elections, and the more passionate they are about their perspectives, the more money they’ll be willing to devote to achieving their desired outcome. As long as the Citizens United ruling is the law of the land, there will never be another fair election in the United States. Every election is and will be skewed by money.

Robert Mercer also financed Cambridge Analytica. The company is said to have manipulated voters worldwide. What role do tech giants like Google or Facebook play in the 2020 US election campaign?

David Magerman: Tech giants determine how the money invested in elections are able to influence the electorate.

The executives of the Tech giants are the de facto arbiters of the law!

In the absence of campaign finance laws and regulation of technology platforms, the executives at these companies are the de facto arbiters of the law. They can choose to shift the value of their platforms to help one party or another, one candidate or another. They can choose to allow foreign influence in elections or stop it. And they will make all of these decisions based on profit-motive, on the political perspective of their senior executives, and on their perception of the long-term interests of their companies and their leaders.

In many ways, the leaders of the major technology and social media companies are even more powerful than the billionaires.

In many ways, the leaders of the major technology and social media companies are even more powerful than the billionaires that spend money to influence the elections.

In the ZDF documentary “Macht und Machenschaften USA – Gekaufte Politik”, you claimed that America had already completely lost control of the political process. What do you mean by that?

David Magerman: Because of the unlimited amount of money that individuals can invest in elections, the most passionate, wealthiest players can have outsized influence.

The people investing the most money in elections are either far left of center or far right of center. That leaves the American political process highly unstable.

There are unfortunately very few passionate centrist billionaires. The people investing the most money in elections are either far left of center or far right of center. That leaves the American political process highly unstable. There’s no one in the middle to create stability.

There’s no political will to fix it and there’s economic incentive to continue to allow unlawful behavior!

Add to that the willingness of people that run the American political system to tolerate foreign interference in the outcome of elections, which brings unlimited funding from foreign governments to further destabilize the system. I don’t see any answer to how to bring it back under control. There’s no political will to fix it and there’s economic incentive to continue to allow unlawful behavior.

At the time, you publicly criticized Robert Mercer for his interference in the election campaign. Do you ever regret that step? What do you think about regulating campaign financing in the USA?

I don’t regret speaking out!

I regret certain details about how I carried myself throughout the process, because I’m human and made some personal mistakes. But I don’t regret speaking out. I think campaign spending should be limited to rein in the influence of money on elections, but I don’t see that happening any time soon, if ever.

Lessons Learned: How can electoral and digital manipulation be minimized in the future? Do we need a “more ethical internet”, as you have already proposed in 2019?

David Magerman: We need to limit the use and abuse of human behavioral data. If we forced all companies that store and use human behavioral data to document, audit, and get permission for all uses of that data, we would be able to greatly reduce the ways in which data is used to influence human behavior. If we had audit trails for these uses, we could monitor them, limit them, and even outlaw uses that we view as unacceptable.

Ultimately, we need to bring the digital world in line with how the physical world is regulated.

Until we have the ability to track how human behavioral data is used to model and influence people, we will always be exposed to manipulation in our political processes. Ultimately, we need to bring the digital world (the Internet) in line with how the physical world is regulated.

Dr. Magerman, our seventh question is always a personal one: what do you like to do most of all in your leisure time and what objectives have you set yourself for the next years – professionally and privately?

David Magerman: I spend my free time learning Torah with study partners, usually over the phone. I also read a lot, mostly science fiction and historical fiction, along with some apocalyptic fiction. Our family enjoys doing jigsaw puzzles.

I’d like to finally build the technological solutions I’ve proposed to address some of the flaws in the Internet!

In the next few years, I want to build my venture capital business, help found some successful startups, and establish myself as a relevant player in the industry. I’d also like to finally build the technological solutions I’ve proposed to address some of the flaws in the Internet.

Dr. Magerman, thank you very much for the interview!