“I’m Hoping That I Can Prove Anyone Can Be an Innovator!”

“I’m hoping that I can prove anyone can be an innovator!”

US magazine TIME has named young scientist and inventor Gitanjali Rao as a “Kid of the Year” for the first time in its history. According to TIME, the 15-year-old Indian-American from the US state of Colorado has developed a device that can warn of lead in drinking water. She is moreover responsible for an app that detects “cyberbullying” on the internet. Sven Lilienström, founder of Faces of Democracy, spoke with Gitanjali Rao about democracy, educational equality and how science can regain peoples’ trust. 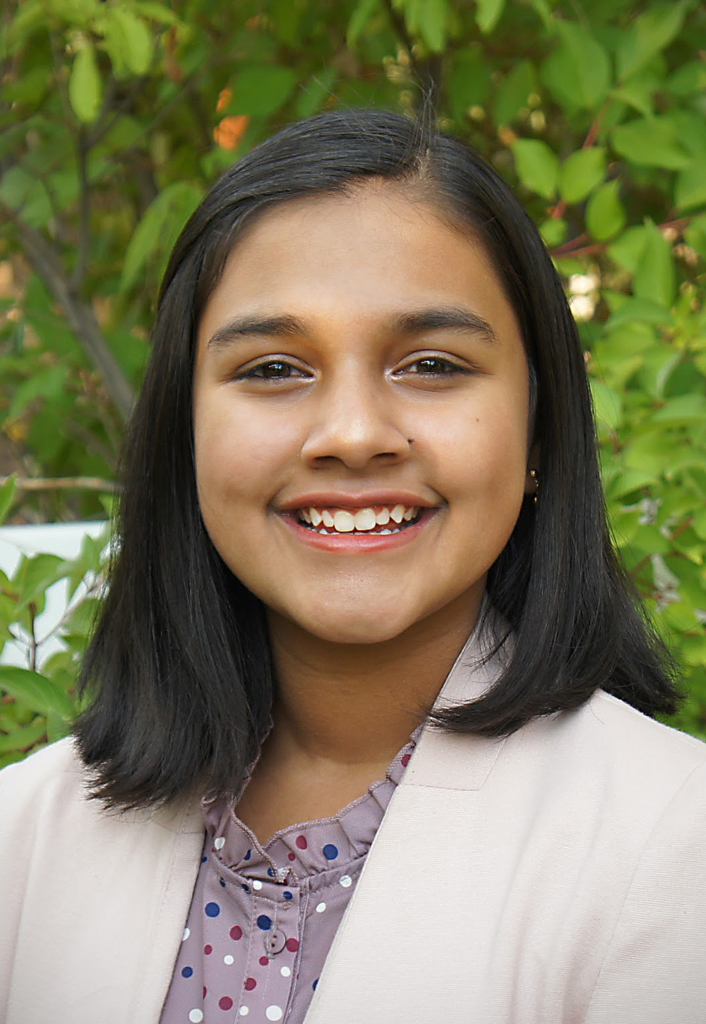 Gitanjali, you were named Time’s “Kid of the Year” just a few days ago – and now you are our 100th Face of Democracy and Peace. How significant are democracy and democratic values to you personally?

Gitanjali Rao: It is how we have been brought up, so it is the core value for the common good of people.

During the selection process for TIME’s 2020 Kid of the Year you triumphed over competition from 5,000 other applicants. What was the first thought that went through your head when you heard that you had won?

Gitanjali Rao: It was a surreal moment. I’m honored, humbled, and beyond excited to be named Kid of the Year!

I’m hoping that I can prove anyone can be an innovator!

There’s something so exciting about being able to share your story and I’m representing kids from all walks of life, no matter their gender, their age, or where they come from. I’m hoping that I can prove anyone can be an innovator.

Time and Nickelodeon have done an amazing job highlighting optimism, kindness, positivity, especially in these tough times, especially highlighting the work of our generation. Each of us has different talents and we try to light up the community with whatever we can.

You said you hope to inspire others to come up with ideas to “solve the world’s problems”. In your opinion, what are the most pressing challenges facing humanity and how should we attempt to solve them?

Gitanjali Rao: I believe basic human rights such as clean water, clean air is our biggest problem. We need to solve the problem of contamination of natural resources by treating, preventing, and detecting them.

You are a young scientist and inventor yourself. In an interview with Angelina Jolie you said: “Everything I see on TV is that it’s an older, usually white man as a scientist”. Does science need to become younger and increasingly “female”?

Gitanjali Rao: I believe the ingenuity of youth needs to be harnessed and Universities and Organizations should open up their doors for us.

Research labs, internships, and other opportunities to explore should not be limited to adults if we want to encourage a problem-solving mindset. Traditional education needs to start incorporating innovation at an early stage.

In terms of females, there are several girls in STEM organizations, but the majority of them are introduced to coding and programming. I believe there needs to be a shift in how girls are introduced to STEM. They need to see a connection to the real world and should be introduced to the latest technologies broadly. They can then choose their areas of interest and go deep into it.

Educational equality is one of the achievements of democracy. Nevertheless, in the USA it’s often not ability that counts, but money. What can your generation change to make education in the USA fairer?

Gitanjali Rao: I recognize there is an inequality in education. Some schools barely have internet access while others have 3D printing labs. My innovation workshops are a small step in sharing with rural schools and other underprivileged schools that you can start anywhere, start with a simple idea, and reach out to mentors who may provide you more access to materials and experts.

If you have a phone, there is no excuse to not reach out or say that we were not given a fair chance!

You need not be limited to what the school provides. If you have a phone, there is no excuse to not reach out or say that we were not given a fair chance.

In these coronavirus times we need science more than ever. But the pandemic has also shown that part of society mistrusts research. How can science regain peoples’ trust?

Gitanjali Rao: I believe science is a fact, but it needs to be communicated well to bring about a social change and a feeling of trust. The more we educate and bring awareness to people with facts, causes, and effects, the more it gains trust.

As we try to solve problems using science, bringing awareness to these problems are equally important.

For example, when I started researching for Tethys, the lead detection tool, people knew about the lead in drinking water in Flint. Just three months into my research, I found that there are several states, communities, and part of the world with the same issue, but it just didn’t gain enough attention. As we try to solve problems using science, bringing awareness to these problems are equally important. When Universities work on research, I believe awareness should go hand in hand for people to gain trust.

Gitanjali, for our Christmas Special we would, of course, really like to know: How will you be celebrating Christmas this year and what is your Christmas message to people?

Gitanjali Rao: I will be celebrating Christmas quietly with my parents and brother at home. Usually, we visit our cousins this time of the year, but this year due to the COVID situation we are all careful so we don’t expose ourselves or others. This is how we have celebrated all occasions this year – so Christmas is no exception!

Gitanjali, thank you very much for the interview!