“The Holocaust remains the gravest evil in the history of Europe!”

“The Holocaust remains the gravest evil in the history of Europe!”

Auschwitz-Birkenau was the largest German extermination camp run by the Nazis. By 1945, the National Socialists had murdered at least 1.1 million people there. Most of the victims were Jews, who were gassed immediately following their arrival. Furthermore, Soviet prisoners of war, Poles, Sinti and Roma, political prisoners and homosexuals were also interned in the Nazi’s “death factory”. Sven Lilienström, founder of Faces of Democracy, spoke with Dr. Piotr Cywiński, Director of the Auschwitz-Birkenau Memorial about democratic values, Auschwitz and the history of Europe. 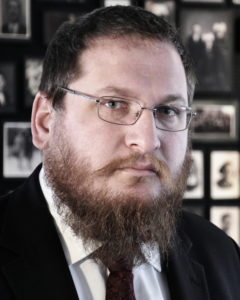 Dr. Cywiński, how important are democracy and democratic values to you personally?

Dr. Piotr Cywiński: It is perhaps a fundamental question to all of us. It is impossible to talk about human dignity, personal freedom and equality (even before the law) – in the full sense of these words – beyond the democratic context, that is, one that recognizes community rights and obligations resulting from social consensus, while rejecting all inequality and discrimination.

Democratic values have become an extremely important foundation, a sort of binder on which we could build a common way of thinking about international relations that are not only based on “balance of power”, but on cooperation and co-responsibility.

Certainly, these values may be defined and positioned in different ways relative to each other. However, they are most often used intuitively without precise definitions. Particularly in Europe, and then in countries that have their cultural and institutional roots in Europe. Democratic values have become an extremely important foundation, a sort of binder on which we could build a common way of thinking about international relations that are not only based on “balance of power”, but on cooperation and co-responsibility.

It so happens that my childhood was marked by the will to affirm democratic values in the communist system. My father was an active dissident, long before the period of “Solidarity”. For this reason, our entire family had to leave Poland in the eighties. I observed the great transformation of 1989 from Strasbourg, where I was preparing for my school-leaving examination.

It felt like these notions carried the very palpable shape of tomorrow’s Europe!

I believe that childhood and youth years, during that period, and being surrounded by other great Polish dissidents – such as Tadeusz Mazowiecki – greatly influenced my fairly early commitment to the concept of human rights, his inviolable dignity, the rule of law, open society, or the principle of subsidiarity in the state-citizen relationship. In those years everything was fought for on a regular basis; it felt like these notions carried the very palpable shape of tomorrow’s Europe.

According to surveys, the majority of Germans would like to draw a line under the dark chapter of the persecution of the Jews and instead prefer to devote themselves to current problems. Can there be a German identity without involving Auschwitz?

Dr. Piotr Cywiński: I do not wish to speak for the Germans, because getting into someone’s conscience is always very easy and most often counter-productive. The German society is huge and diverse. Nowadays we observe an increase in populism, aggression in public language, incitement to hatred and exclusion in many countries of Europe, which was unimaginable 10 or 15 years ago. It is extremely disturbing, because we know very well that once the machine of hate ideology is unleashed, it creates havoc at a faster rate than any possible reaction of protective mechanisms. It is therefore, a question to all of us.

Nowadays we observe an increase in populism, aggression in public language, incitement to hatred and exclusion in many countries of Europe, which was unimaginable 10 or 15 years ago.

Europe – today’s Europe – as we know it is the counterpoint of those dark years. If the great effort to completely re-establish relations between states, nations and societies was initiated just after the Second World War, it was because it was a war different from any other conflict. This is visible from the loss of the civilian population and especially in the east of Europe, it is visible from its total nature. The Holocaust remains the gravest evil in the history of Europe, where the entire technical, industrial and military accomplishments, as well as educational and media propaganda were harnessed for the destruction of European Jews.

The Holocaust remains the gravest evil in the history of Europe!

And please note – it did not happen in the sixteenth or eighteenth century, but in the twentieth century, after the Haskalah period, when increasingly more of those Jews were completely assimilated, perfectly integrated with the rest of society.

Turning away from Auschwitz would mean abandoning the entire post-war history of Europe, our present European identity built by 2-3 generations.

After this incredible moral downfall, Europe had to rethink its essence. And that is why great integration efforts began at the time, attempts to create a transnational law and – in a sense – timeless (defined crimes against humanity were not subject to the statute of limitations) and redefining several other issues from the scope of philosophies, arts or cultures. And moreover, it did not apply only to the socio-political plane. In the same period, the Churches sought ecumenical paths, which more or less during the II Vatican Council flourished as a concept for seeking coexistence. 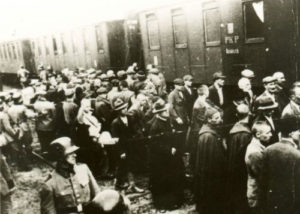 Therefore, rejecting the tragedy of the Holocaust, forgetting the experience of World War II, turning away from Auschwitz – would mean abandoning the entire post-war history of Europe, our present European identity built by 2-3 generations.

The young generation has hardly any connection with the Third Reich; they mostly only learn about that period during school history lessons. In your opinion, how important is confrontation with the Holocaust when it comes to young peoples’ ability to develop values?

Dr. Piotr Cywiński: History is not the only area on which the presence of the human experience from the times of the Third Reich is necessary for understanding today’s world, its components or current challenges, because the holocaust is not only a historical event. It was primarily a moral, social and in some sense a religious tragedy. To put quite exemplarily, it destroyed huge prospects of scientific positivism at the turn of the twenty-first and twentieth centuries. It showed what the development of science and technology could lead to. Such a broad perspective allows us to understand the greatest challenges facing us today. The events of those times should not only be taught in history, but also the context of ethics, social sciences, lessons on the mass media, or in a religious perspective.

And, of course, such thinking cannot be reduced only to young people. Since each of us shares the co-responsibility.

The Polish government is accused of gradually undermining democracy and the rule of law. To what extent is democracy at risk in Poland?

You repeatedly criticize the fact that memorial sites throughout Europe are chronically underfinanced. Many buildings in Auschwitz are decaying. What renovation works are planned up to 2020 and how much money do you need for complete renovation?

Dr. Piotr Cywiński: The situation looks different than eight years ago. Over the past few years, we have managed, thanks to great human effort to create an endowment found in the amount of 120 million Euro. The revenue from this fund allows for long-term planning of conservation works. And although we are yet to accrue the assumed fund amount, several conservation works are currently undertaken from its revenue. The most difficult task is related to the brick barracks of the former women’s camp in Birkenau. However, we are already at an advanced stage in terms of defining threats and determining the technical or scientific solutions.

The Auschwitz Memorial Site is perceived as the most important, as a symbol on a global scale, but let us remember that there were other extermination centres, that there was an entire network of concentration and transit camps.

The problem is that this fund, set up by donations from 36 states and many private individuals, and operated by the Auschwitz-Birkenau Foundation specifically created for this purpose, can only serve this Memorial Site. It is perceived as the most important, as a symbol on a global scale, but let us remember that there were other extermination centres, that there was an entire network of concentration and transit camps, that very important memorials sites are scattered across many countries in Europe, and that this network of sites creates the authenticity of the whole. Therefore, we should all perhaps consider creating a second – analogous – mechanism to protect the authenticity and other memorial sites of similar history, even if they are smaller or perceived in more local perspectives.

As director of the Auschwitz-Birkenau Memorial you have an unusual workplace. Is it possible to “get used to” Auschwitz, or are you reminded of the historic importance of your working environment each day afresh?

Dr. Piotr Cywiński: No. You cannot get used to it. And if a person gets used to it, he or she should immediately leave such a job. 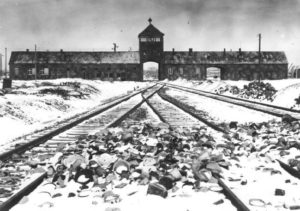 Dr. Cywiński, you are the author of many books. Are you already working on your next book and what do you wish for during the coming 20 years – in both your professional and private life?

Dr. Piotr Cywiński: Yes, I am currently working within my limited free time on two books about Auschwitz, one will concern the camp hospital, and the other – broader – issues of anthropological nature. However, over the next decade, I will have to focus my attention on a few very significant investments at the Memorial: with the growing attendance, we will soon commence – I hope – the construction of a new Visitors’ Service Centre. A few months ago, we began the construction of a modern Education Centre in the empty, so-called Theatergebäude; we are working on a comprehensive revision of the Main Exhibition, and increasingly more objects are preserved in a professional way.

I would love to see a little less murder in this world!

And my wishes for the next twenty years? I would love to see a little less murder in this world. That is, for more people to draw concrete conclusions from the past – not just tearful, fuzzy, elusive momentary emotions, but very concrete proposals relating to their own attitudes, choices and decisions. Only then will my work and those of my associates fully prove to be sensible.

Thank you very much for the interview Dr. Cywiński!