Stef Blok, Minister of Foreign Affairs of the Netherlands

“We are proud of our tradition as a strong liberal democracy!”

Stef Blok, Minister of Foreign Affairs of the Netherlands

“We are proud of our tradition as a strong liberal democracy!”

Stephanus Abraham “Stef” Blok (VVD) has been Minister of Foreign Affairs* of the Netherlands since March 2018. The 54-year-old business economist is married and lives with his family in the small North Holland town of Enkhuizen on the Ijsselmeer. Sven Lilienström, founder of Faces of Democracy, spoke with Stef Blok about democracy, the EU eastward enlargement process and the Brexit preparations in the Netherlands. 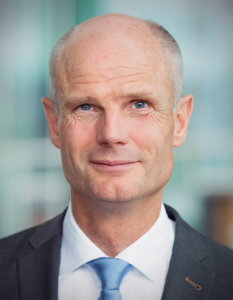 Minister Blok, according to its Constitution, the Netherlands is a constitutional monarchy, but structurally it is a parliamentary democracy. How significant are democracy and democratic values to you personally?

Stef Blok: The significance of democracy can hardly be overstated. I still vividly remember the moment the Berlin Wall came down, when millions of people regained their liberty. But democracy without respect for fundamental rights and the rule of law risks being a hollow shell.

Democracy, fundamental rights and the rule of law are crucial for any healthy, resilient society!

So I would say that all these three values taken together – democracy, fundamental rights and the rule of law – are crucial for any healthy, resilient society. They depend on and reinforce one another. In the EU, we have given these values a very special significance. They are laid down in article 2 of our Treaty as values upon which our Union is founded. They are not tucked away in some complex legal annexe: they come right after article 1, which calls the Union into being. This prominent place is well justified, and that’s not just my personal opinion, but the view of the Dutch government as a whole.

About 150 EU summits and 105 speeches in the EU Parliament: Jean-Claude Juncker was not only President of the Commission but also Europe’s number one crisis manager. What are you now expecting from the new EU leadership?

Stef Blok: With the Strategic Agenda for 2019-2024, the European Council set priorities for the EU for the next few years. The Netherlands’ focus is on five priorities: migration, security, a strong and sustainable economy, climate policy and the safeguarding of our values and interests abroad, together with a horizontal priority: EU governance. This is a challenging agenda. It raises the expectation that the European Commission, together with the Council and European Parliament, will deliver tangible results on these priorities in the coming years, for the benefit of our citizens.

We expect the new European Commission to put forward initiatives on these priorities, so that we can show that the EU does deliver.

We expect the new European Commission, led by Ursula von der Leyen, to put forward initiatives on these priorities, so that we can show that the EU does deliver. At a time like this, when multilateralism is being called into question and third countries are taking an assertive stance in the international arena, it’s particularly important for the EU to be unified and offer a decisive and ambitious response to the challenges shaping the future of our society, economy and planet.

Keyword “EU eastward enlargement”: In addition to France and Denmark, the Netherlands has vetoed EU accession negotiations with North Macedonia and Albania. What are the reservations?

Stef Blok: All countries of the Western Balkans have a real prospect of joining the EU, and the Netherlands’ support for this ultimate goal is unwavering. We welcome the progress made in both countries.

North Macedonia has made a lot of progress in terms of rule-of-law reforms. We have also welcomed the positive steps taken by Albania.

North Macedonia has made a lot of progress in terms of rule-of-law reforms. And the Prespa agreement between Greece and North Macedonia serves an example for the region. We have also welcomed the positive steps taken by Albania. The vetting of judges and prosecutors is particularly ground-breaking. There have been significant legal reforms, and new justice institutions have been established. However, before opening accession negotiations, Albania will need to demonstrate a sustained commitment to fighting corruption and organized crime.

We stand ready to assist both countries with their ongoing reform processes!

The European Council will return to this issue before the Western Balkans Summit in May 2020. As before, we will support North Macedonia and Albania in their efforts to move towards a future in the EU. The coming period can be used for further rule-of-law reforms. Both governments have announced that they intend to carry on with these reforms. We stand ready to assist both countries with their ongoing reform processes.

A few months ago, on Twitter, you used a blue “Brexit monster” to draw attention to the possible consequences of the British leaving the EU. Are we underestimating what we are facing?

Stef Blok: The Netherlands is among the countries that will be hit hardest by Brexit. The only EU member state whose economy is more intertwined with that of the UK is Ireland.

The Dutch government is still working hard to prepare for and minimize the effects of Brexit in the Netherlands.

The UK is the Netherlands’ biggest export destination after Germany and Belgium. The Dutch government is still working hard to prepare for and minimize the effects of Brexit in the Netherlands. Many measures have been taken to address the most negative consequences. We will continue with our information campaign and with the recruitment and training of personnel for customs and the Food and Consumer Product Safety Authority. The government is also working tirelessly to inform the public, businesses and institutions as fully as possible, so they can use this extra time to prepare for whatever the future holds, be it a deal or no deal.

In March 2019, the right-wing populist “Forum voor Democratie” (FvD) became the strongest force in the regional elections in your country. Aren’t the Dutch as liberal as we always thought?

Stef Blok: In the Netherlands, we are proud of our tradition as a strong liberal democracy. We value the fact that everyone is free to form a political party and stand for office. We have always welcomed debate and a variety of perspectives.

Our liberal democracy is alive and well!

This freedom gives rise to new parties and political initiatives across the whole political spectrum, from left to right. It shows that our liberal democracy is alive and well. It makes clear that no party should take its votes for granted and that politicians need to stay in contact with their constituencies even more than in the past.

According to a recent Pew study, there is widespread scepticism about the political elites in Eastern and Western Europe. Exceptions: Sweden and the Netherlands. What do your politicians do differently?

Stef Blok: Scepticism about political elites is a global phenomenon. My country is no exception in that respect. In general, we try to be very egalitarian in the way we organize our society, and this is something that we have in common with our Swedish friends. So that may be part of the explanation. But as I said: the Netherlands is definitely not exempt from the global trend whereby politicians are being held to account more and more directly by voters. Nor is the phenomenon of “protest votes” entirely foreign to our system.

Scepticism about political elites is a global phenomenon!

Both tendencies simply imply that we as politicians have to do our jobs even better and put even more effort into reaching out to our voters and listening more closely to their legitimate concerns.

Mr. Blok, you live in Enkhuizen on the Ijsselmeer. What is it like to live where others go on holiday and what goals have you set yourself for your first term as Minister of Foreign Affairs?

Stef Blok: Enkhuizen is a beautiful town that still looks exactly like it did in the Golden Age. These old buildings and fortifications remind us of this turbulent era of new discoveries and the rise of civil society, religious freedom and international trade.

The EU needs to act with more unity on the global stage and transform its economic power into political power.

And as in the Golden Age, we are connected to the rest of the world in so many ways – a world of geopolitical and economic power shifts marked by uncertainty and unpredictability. In this changing international landscape, the EU needs to act with more unity on the global stage and transform its economic power (as the world’s largest single market) into political power. The EU should impose economic sanctions more strategically and consider the political situation in a country more explicitly when making decisions regarding development funds.

I am committed to promoting human rights and justice worldwide. Without these things, open and free societies like ours cannot endure.

We must take our own responsibilities seriously if we are to make good on our power on the world stage.

Without open and free states, there can be no stability, religious freedom or international trade. We must take our own responsibilities seriously if we are to make good on our power on the world stage. I want to work to this end with the new Commission, the new High Representative for Foreign Affairs and the new President of the European Council.

Mr. Blok, thank you very much for the interview!

* Note: Stef Blok has been Minister of Economic Affairs and Climate Policy of the Netherlands since May 2021.