“We hope that Hong Kong can be a place of democracy!”

“We hope that Hong Kong can be a place of democracy!”

Joshua Wong (Demosisto) is one of the most prominent faces of Hong Kong’s democracy movement and a leading figure in the “Umbrella Movement” which came into being in 2014. Together with hundreds of thousands of Hongkongers, the now 23-year-old is campaigning for free elections, reform of the voting system and democratization of the Chinese Special Administrative Region of Hong Kong. Sven Lilienström, founder of the Faces of Democracy initiative, spoke to Joshua Wong via FaceTime about the ongoing protests in Hong Kong, what he asks from the international community, and the future of the democracy movement in Hong Kong. 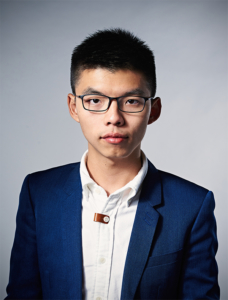 Mr. Wong, we would also like to ask you, as a prominent face of Hong Kong’s democracy movement: How significant are democracy and democratic values to you personally?

Joshua Wong: I strongly understand and realize the importance of democracy and democratic values. Democracy means that the people and their country or city can freely determine their own future instead of having their destiny dominated by the upper class elite.

Under the hard line suppression of Beijing it is imperative for us to stand firm – to fight for freedom and to stand up for Hong Kong.

It also means that they can live free from illiberal rule and values. Under the hard line suppression of Beijing it is imperative for us to stand firm – to fight for freedom and to stand up for Hong Kong. Without democracy, people will live in fear, but what we hope to ask for is freedom from fear. That’s the reason we continue to fight for democracy.

2020 is beginning just as 2019 ended. Mass demonstrations took place once again in Hong Kong as early as New Year’s Eve. What is it that motivates people and when do you think the movement will reach its zenith?

Joshua Wong: Hong Kong has a population of 7.5 million and more than 2 million people took to the streets in mid-2019. I expect the mass demonstrations to continue, especially since 1 million people demonstrated on 1 January.

We have just proved that Hong Kong people deserve democracy and we will continue to fight for freedom!

We have just proved that Hong Kong people deserve democracy and we will continue to fight for freedom. If the inhabitants of many major cities such as New York, London, Paris or Berlin can freely elect their mayor, why can’t Hong Kong? The only reason behind this is the regime in Beijing, which does not respect any democratic values!

The driving forces behind the protests in Hong Kong are the so-called “millennials”. How do you explain the heightened political commitment of your generation, and what role does the year 2047 play in this context?

Joshua Wong: Well, 7 000 people have been arrested. The youngest was aged 11, the oldest 84. I think we have experienced cross-generational support and also realized that this is not just a matter for Generation X or “millennials”.

We still hope that in 2047, Hong Kong can be a place that allows people to determine their way of living.

We stand as one with solidarity and unity. We have 50 years of unchanged policy and we still hope that in 2047, Hong Kong can be a place that allows people to determine their way of living. That’s the reason for encouraging and motivating lots of members of the younger generation to continue to fight for freedom.

Keyword repression: China doesn’t exactly take a soft approach to dealing with critics of its regime. How safe do you currently feel in Hong Kong and how much personal freedom are you prepared to surrender for your cause?

Joshua Wong: None of the activists in Hong Kong can ensure their personal safety. Repression and resistance are the true keywords in Hong Kong and when the state takes a hard approach to dealing with the critics of this regime, I think the people of Hong Kong really understand the difficulties and sympathize a lot.

The riot police have turned Hong Kong into a war zone!

In the last 6 months, more than 30 000 canisters of tear gas or rubber bullets have been used; live rounds of ammunition have been fired at high school students and more than 7 000 people have been arrested. The riot police have turned Hong Kong into a war zone. However, we must each continue the battle and there’s no reason for us to surrender. We still continue our fight, even though it’s such an uphill battle!

In September 2019, before your visit to Germany, you were detained at Hong Kong Airport and held there for 24 hours. Had you expected that? What happens if you want to travel to China?

Joshua Wong: I never expected to be detained at Hong Kong airport before traveling to Germany for my visit. I think that just proves the hard line suppression being carried out by Beijing and also reveal the sources of tension because mass arrests are the tactics they are using to silence our voices. Whenever we hope to travel somewhere, they consistently prefer to arrest people at the airport since this has a short-term effect.

It would put our lives at risk if we traveled to mainland China!

You spoke to the German Minister of Foreign Affairs, Heiko Maas, in Berlin and have written to the Chancellor to ask for support. What are you requesting from Germany, Europe and the international community?

Joshua Wong: We have to try to get people in European countries, especially in Germany, to support Hong Kong’s sovereignty. The regime in Beijing believes in the imposition of illiberal values and continued expansion of power, and never respects our universal values and liberal order at an international level.

I hope that Germany can continue to be a defender of human rights that never remains silent wherever tyrannical values spread.

As a result, I think it’s really significant and important to have Chancellor Angela Merkel as well as the German Minister of Foreign Affairs support Hong Kong. Especially when we recognize that Germany is one of the leading countries in Europe. I hope that Germany can continue to be a defender of human rights that never remains silent wherever illiberal values spread and are on the rise.

We urge European countries, especially Germany, to stop exporting weapons which can be used by the riot police in Hong Kong.

We urge European countries, especially Germany, to stop exporting weapons which can be used by the riot police in Hong Kong to escalate their brutality and the civil unrest in Hong Kong. Parallel to this, it is time for them to consider how to introduce some of the central mechanisms similar to the Hong Kong Human Rights and Democracy Act in the USA for the global community and some of the European countries. Actions speak louder than words. We hope that Germany, a country that understands what it means to live under the rule of “tyrants”, will see that it’s time to stand up for Hong Kong.

Mr. Wong, our last question is always a personal one: How do you most enjoy spending your leisure time and what will be the future of the democracy movement in Hong Kong this year?

Joshua Wong: Lots of friends have been arrested and prosecuted and may be locked up in prison again, so it’s difficult for us to think about how to spend our leisure time. I hope that one day the people of Hong Kong will be able to enjoy freedom and freely determine their way of living. In 2020 I believe that more and more people will continue to join this fight for democracy.

We hope that Hong Kong can be a place of democracy!

This year, some of our friends might face prosecution and trial before a court, so the world must keep the spotlight on Hong Kong. We will never regret and step backwards – that’s the reason for us to be proud to be from Hong Kong and we hope that Hong Kong can be a place of democracy!

Mr. Wong, thank you very much for the interview!